So as some of you may know, our Zoo Director, James Hennessy, travels abroad as much as he can to take part in research expeditions.

His past adventures have included carrying out King Cobra research in India and studying Anacondas in Venezuela to name but a few (we admit it, we’re jealous too)!

This year he chose to travel to Guatemala for almost 3 weeks of research and trekking through the jungle, here is his first report from Project Chicchan Guatemala! 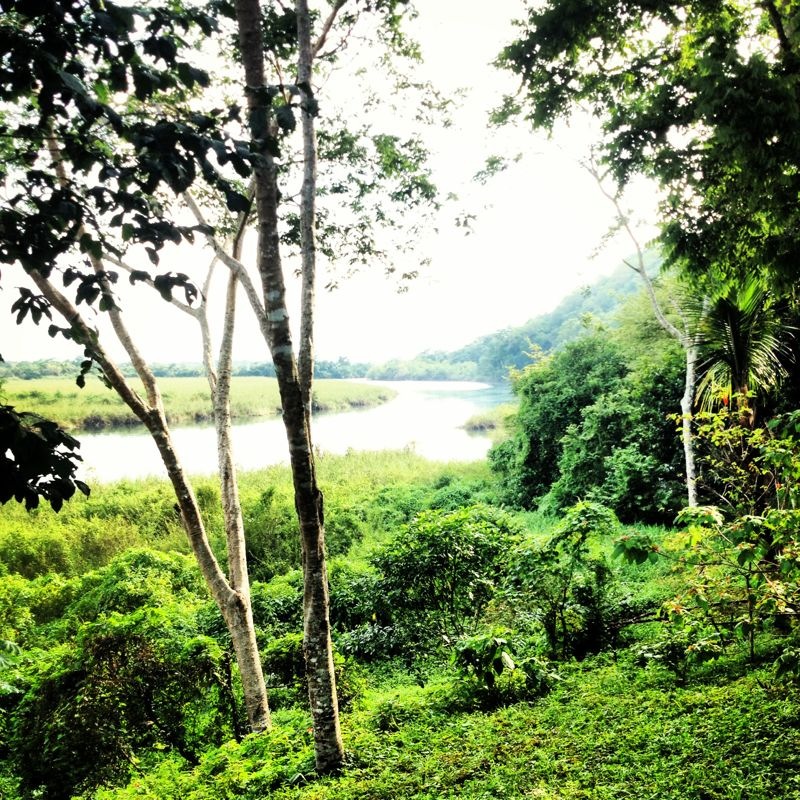 Ok so this is the first report from the field here in Guatemala on Project Chicchan. A little background info first though. Reptile Village Zoo have teamed up with Project Chicchan to offer support to the herpetofauna survey of Laguna del Tigre National Park in Guatemala, where at the moment, we’re trying to find suitable survey sites to set up a long term survey of the reptiles and amphibians of the area, about which, very little is known. The area is incredibly rich in biodiversity and habitat types.

The biological research station, Las Guacamayas, is our base camp here for the expedition. Life is pretty good here with running water and electricity a lot of the time. A luxury compared to the stations I’m normally used to! From here we conduct both day and night surveys, heading into the jungle catching snakes, lizards, turtles and frogs. All the animals except the snakes are processed in the field. We take details like size, weight and sex of the animal, along with some details like the temperature. where it was basking etc.

We bring the snakes back to the station to process for both convenience and safety reasons. A large percentage of the snakes here are venomous so it’s much safer to process them in a controlled environment.

We’ve also found a species of Mexican snake-eating snakes (Clelia scytalina) which hasn’t been recorded before in this area, and not to mention the species of coral snake (Micrurus sp.) which we found last night that we still haven’t identified! So it’s turning out to be a very exciting place as regards species!

Most of our main surveying takes place at night, which is when it’s cool enough for most of the species to become most active. Day time temperatures get up to the mid thirties with the humidity reaching 100%. In the mornings we process the animals from the night before, before the day gets too hot. I tend to spend most of the hotter parts of the day in a kayak on the river checking out the local population of Morelet’s Crocodiles (Crocodylus moreletii).

That’s all for now. I’ll hopefully have another update next week if I can piggyback along on one of the locals wifi again! I’ll also have some better pictures when I return. Time to head back into the jungle again now though but first, I’ve to remove an over friendly parasitic tick from my upset thigh…!

We know the hardest part of the whole experience for James is having little to no phone service and internet access so he can’t update his Facebook profile!!

Hopefully we will have another report before he returns to Ireland next week!

This website uses cookies to improve your experience while you navigate through the website. Out of these, the cookies that are categorized as necessary are stored on your browser as they are essential for the working of basic functionalities of the website. We also use third-party cookies that help us analyze and understand how you use this website. These cookies will be stored in your browser only with your consent. You also have the option to opt-out of these cookies. But opting out of some of these cookies may affect your browsing experience.
Necessary Always Enabled
Necessary cookies are absolutely essential for the website to function properly. This category only includes cookies that ensures basic functionalities and security features of the website. These cookies do not store any personal information.
Non-necessary
Any cookies that may not be particularly necessary for the website to function and is used specifically to collect user personal data via analytics, ads, other embedded contents are termed as non-necessary cookies. It is mandatory to procure user consent prior to running these cookies on your website.
SAVE & ACCEPT